Discover all products: they are all free 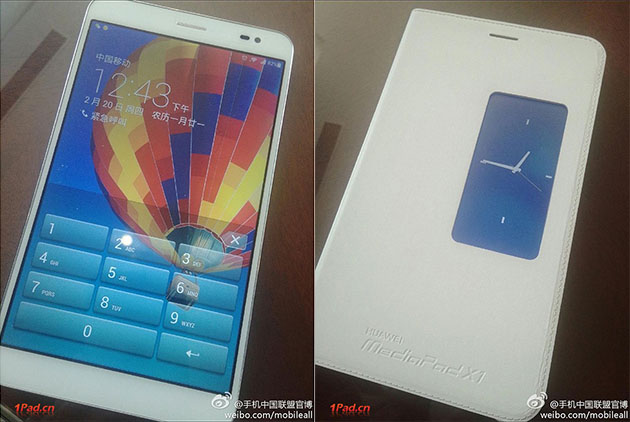 A few cats have escaped from Huawei’s bag ahead of Mobile World Conference, namely images of its 7-inch MediaPad X1 and mid-range Ascend G6 handset. A Chinese Weibo site nabbed live pics of the MediaPad X1, and thanks to a previous visit through China’s FAA, we know its specs: quad-core 1.6GHz HiSilicon 910 CPU, 2GB of RAM, 16 GB memory, a 1,920 x 1,200 display and a 6,000 mAh battery.

PSA: Our wallpaper gallery is back online (from AndroidCentral)

A quick heads up for everyone who’s been trying to download wallpapers through the wallpaper gallery in our app: We broke things just a bit last week when we upgraded some servers. We’ve since fixed things, and all should be back to normal.

You don’t need to update the app or anything — it’ll just work now. 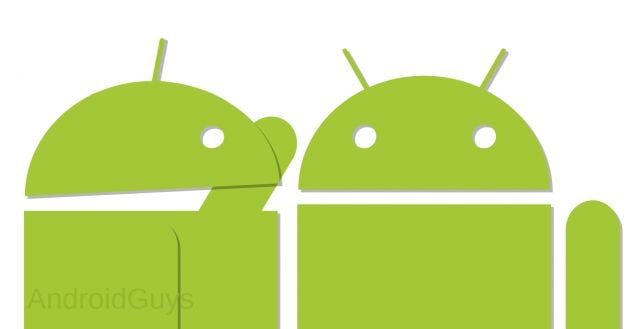 Samsung will possibly introduce the Galaxy Tab 4 line of tablets at Mobile World Congress, according to whispers. Details include a 7-inch, 8-inch, and 10.1-inch model are in order; common specs include 1280×800 resolution, microSD, and 1.2GHz processors. Storage will range from 8GB to 16GB and cameras jump around from 3.-megapixels to 8-megapixels.

Chinese handset maker Oppo is expected to debut two versions of its Find 7 smartphone. Reportedly, one model will feature a 1080p HD display while the other offers users a 2K (2,560 x 1,440) resolution.

Samsung is expected to make several device announcements during Mobile World Congress. There has been talk of smartphones and wearables, one of which is the next-generation Galaxy Gear smartwatch. At this time the details for the watch remain on the lighter side. But while there hasn’t been any firm confirmation from Samsung just yet, a new Best Buy Daily Deal does have us wondering. […] As we keenly await the announcement of the Samsung Galaxy S5 later on this month, new reports out of the company’s native Korea have implied that as well as the imminent flagship, Samsung plans on releasing a handset with a wraparound display later on this year. Although the TouchWiz maker likes to keep the flow of handsets constant throughout every year, only two – the Galaxy S and Galaxy Note – tend to stand out among the also-rans. However, the prospect of a first Samsung smartphone packing this unorthodox display would certainly grab the headlines, and if it is in line for a launch at some point in 2014, would likely upstage both of the current flagship ranges. 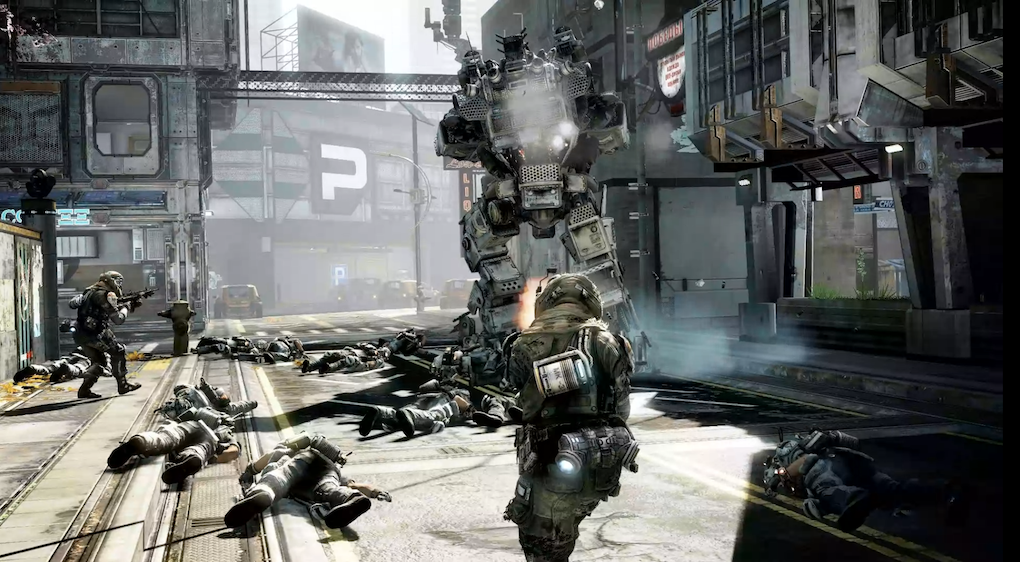 Titanfall could be the most important game in years. It’s Microsoft’s first Xbox One exclusive stab at the first-person shooter, the best-selling game genre there is. On March 11th, it could become the next Halo, the next Gears of War, at a time when neither of those beloved Microsoft franchises have stepped up.  […] 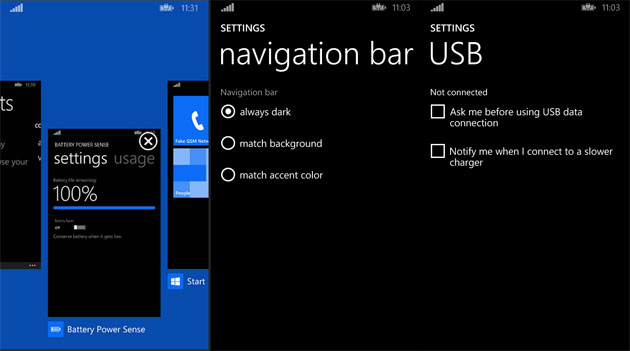 Up until now, the most we’d heard about the next rumored update to Microsoft’s Windows Phone OS centered on two features: Cortana, the company’s Siri-like digital assistant, and Action Center, its native notification center. Today, however, we have a clearer idea of where Windows Phone 8.1 could be headed thanks to a Reddit userwho’s allegedly gained access to the new SDK as part of Microsoft’s developer preview program.

Despite both Cortana and Actions Center reportedly being marquee features of the new WP OS, neither are present on the leaked list of new WP 8.1 tweaks. That’s likely due to secrecy surrounding the features and Microsoft’s desire to unveil both publicly at BUILD this coming April 2nd, a date the dev mentions quite often in the thread. What this leak does give us confirmation of is how Microsoft is working to unify development between Windows RT 8.1 and Windows Phone 8.1 on the back end; something it’s calling Universal Apps. Developers using the new SDK will be able to create applications for both app storefronts using a shared JavaScript/HTML code and provided templates.

Windows Phone 8.1, which according to the provided SDK documentation has been relabeled WinPRT, also ushers in a critical change to SD card functionality that should please longtime critics of the platform. Namely, users can now install apps to SD cardand not just sideload from it, thus freeing up internal storage. Bing apps are now apparently pre-baked into the OS, as are a trio of “sense” apps to monitor battery power, data and storage. SkyDrive, as previously reported, has been rebranded toOneDrive and there’s even a new Music app on deck (said to resemble Xbox Music) to replace the former Music+Video.

One of the more surprising changes Microsoft’s made to the Windows Phone platform focuses on how it handles SMS receipt and delivery. With WP 8.1, text messaging will no longer be restricted to the native SMS app. The messaging settings submenu includes the ability to specify which third-party app routes that communication by default.

Users expecting new live tile sizes will be disappointed since this update doesn’t include any options beyond the three already available in the OS. Although, there are apparently plenty of minute cosmetic overhauls packed into the 8.1 update. Among these are new default transitions for moving between apps and homescreens, anavigation bar with color settings to match backgrounds or accents, gestures to hide and reveal the onscreen navigation buttons, as well as the addition of Windows RT’s progress ring. Back button functionality now also falls in line with WinRT in that it simply sends applications into a ‘suspend’ state, as opposed to terminating them. To actually close apps out, users will have to enter into multitasking view and swipe down to end the process.

This long list certainly represents a heady mix of some overdue and even unexpected OS tweaks; tweaks that could help Microsoft catapult its struggling mobile OS to prominent market share. But it’s likely just a preview of what Microsoft has planned for WP 8.1, so don’t expect this to be the last we hear of the platform’s next iteration. We’ve still got a couple of months to go before Microsoft BUILD can reveal most, if not all of Windows Phone’s new direction, leaving ample time for like-minded devs to pull back the curtains even further. 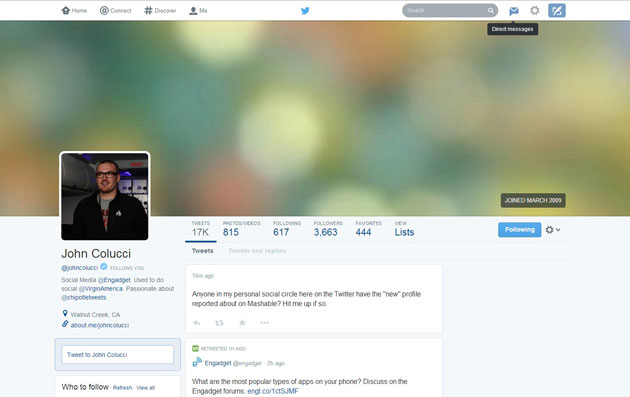 That mobile-esque redesign Twitter pushed out last month? Forget about it: the microblogging is already testing another skin for user profiles — and it looks reallyfamiliar. Select users are reporting that their Twitter profiles look now look like a cross between Google+, Pinterest and Facebook, complete with large header photos (up to 1500 x 1500 pixels), left-aligned profile images and flat content cards representing each tweet. The entire redesign is a jarring departure from the Twitter norm, but it’s that last element that proves to be the most disruptive: rather than piling up in the normal vertical fashion, the new card layout allows tweets to lay side by side, a fundamental change in how Twitter displays content. There’s no word yet when or if this profile will available to the majority of Twitter users, but be warned: change is upon us.